4
Three famous doctors have mentioned about the light treatment. “for the past 30 years, I have treated numerous patients with modern medicine, however to be honest, my medical skill hasn’t improved, and it failed to affect the patients’ health. However, light therapy was special in many aspects. I can say that it is a future treatment method that controls the fundamental aspects of a disease, without side effects.” 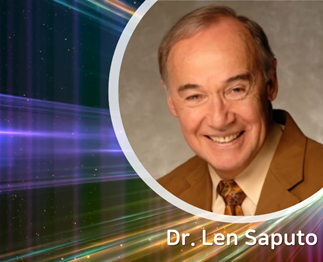 - Dr. Len Saputo, MD ((John Muir Medical Center near San Francisco Bay area) Clinical trial research on LLLT light therapy) “if one uses light energy from a certain wavelength spectrum, a cell will cause biochemical pathway where ATP is vastly produced from mitochondria, which leads to an active cell regeneration…” from this process, a cell produces nitric oxide, which enhances the elasticity of a vessel, and pathogenic bacterium treatment becomes active due to ROS. 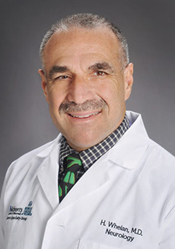 - Dr. Harry Whelan, MD (Professor at Wisconsin university medical school, Neuro-Oncology American Cancer Society (received an award in clinical trial oncology using near-infrared ray light dynamic method to cure brain tumor/ neurofibroma) NASA Light therapy supported researcher “Like plants, humans survive off light, water and air. Most living things can be said to be a light-organism, and the ultimate biological nutrient is light. …light is an electric energy that fundamentally works in our biological system.” Therefore all diseases are affected by light, water, and air. Thus if these are well controlled and cared, it will lead to cure. 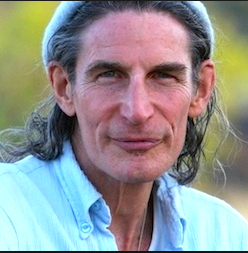 - Dr. Gabriel Cousens, who functions as a MD American Doctor (Gabriel Cousens is an holistic physician, a homeopath, psychiatrist, family therapist, Ayurvedic practitioner, and oriental medicine doctor. In addition, he is a world leading diabetes researcher, ecological leader, spiritual master, founder and director of the Tree of Life Foundation and Tree of Life Center US. Aging and Mitochondria Until today, theory about aging has been dealing with cell’s mitochondrial function.
Photobiomodulation (PBM) delays or recovers mitochondrial functional disorder.
. As an evidence, more than 5000 worldwide clinical trial researches support this. Light source of certain wavelength spectrum decreases the error in living things’ cell regeneration, thus increases ATP and NO production which enhances circulation and increases energy production, recovering health.

Light is Life itself Sunlight is in charge of life, aging, disease, and death of all living things on the earth. In the earth, there are numerous light(wavelength) ranging from rays unseen with human eyes to visible rays (from purple to red). All these “lights” are grand vibration of light and life exists due to this light. All living things relies on this light (wavelength) for survival.
Light spectrum

From the Sun light spectrum, what is seen to human eyes is the visible rays (7 rainbow colors). Other than that, UV-ray, infrared light, X-ray, etc are not seen with human eyes. Humans have been using each spectrum of electromagnetic wave and applying it to various field. But the range of electromagnetic wave usage is extremely slim. Here, we will discuss near-infrared ray and visible ray, which are the core of light spectrum regarding treatment therapy. In the past direct exposure to sun light was utilized for treatment. However, after finding out the side effects of UV-rays, infrared ray treatment machine using halogen lamp and water has appeared in Germany 30 years ago. However slim release of near-infrared ray has minimal treatment effect, which is why it is being replaced with low level light therapy products. Recent technology involves LLLT (Low Level Laser Therapy), a theory of low level light source mainly using LED for treatment purpose. Light spectrum using LED uses 800nm~1060nm near-infrared ray and 430nm~750nm visible ray alternative. Each spectrum has very different treatment effects. Some spectrum displays no treatment effect and other spectrum might even cause side effects depending on the amount of light and time of use.
Plant Photosynthesis Action 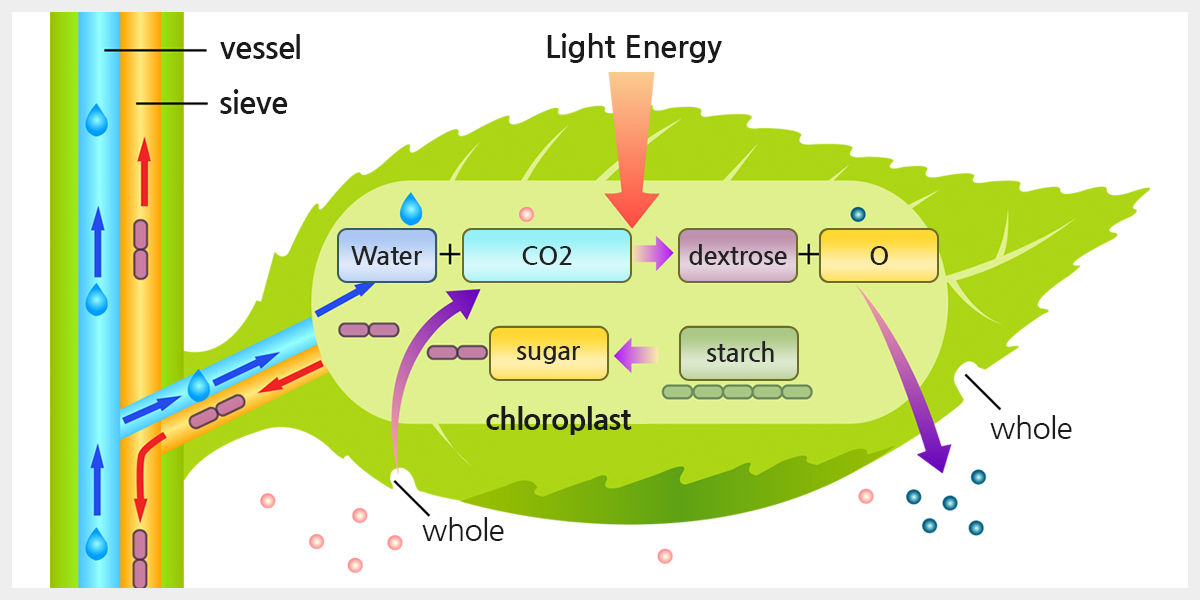 Plant grows life through photosynthesis from sun light. Through this process, plant absorbs water and nutrients from the soil, and carbon dioxide from the air, releasing oxygen. From the absorbed nutrients, it generates chlorophyll, mineral, vitamin and many other nutrients to grow life. Animals undergo a chemical process. From long time ago, people have come to know the circulation process of the body and importance of light when it comes to diseases. In 2002, there was a proposal from NASA regarding LED light (the most recent research technology of Neuro-Oncology American Cancer Society) by Doctor Harry Whelan (photo above, Wisconsin medical school Professor of Neurology). This project from University of Wisconsin medical school, funded by NASA, focused on using LED for health reasons. This research showed that recovery was very rapid in severe burn, injury that is hard to treat, muscle and tendon sprain, damaged nerve and eye injury. According to this press release from NASA in December 2000, strong LED that was developed for industrial plant growth use was utilized to find a way to conquer various diseases. From NASA’s release, it was discovered that mitochondrial cytochrome c oxidase (CCO enzyme) protein enzyme absorbs light in a certain wavelength spectrum, and from the enzyme that absorbed light more ATP (Adenosine-triphosphate, an energy source that drives the survival of a living organism). In other words, it was found that life depends on light. Animals, including humans, absorbs light through skin and light. Modern LLLT(Low Level Laser Therapy) treatment method history

Professor Endre Mester Endre Mester, a professor at Semmelweis University located in Hungary, Budapest, used and researched laser light directly after the very first development of laser in 1965. In his first project, he wanted to find out if laser can cause cancer. Treated group did not get cancer, and to his surprise hair on the treated group grew more quickly than the untreated group. From this, he started his research based on the treatment effect of low level laser therapy. In 1971 Professor Mester’s first research paper proposed that laser light is effective in wound treatment. In 1984, more than 1300 patients with injuries or ulcers that are uncured with conventional drugs or plastic surgery were cured using low carbon laser treatment. Meanwhile, Soviet Union was progressing a lot through low level laser treatment research. In the 80s during the war with Afghanistan, great effect was shown using low level laser therapy to enhance the soldiers’ wound recovery speed. 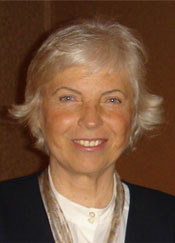 Russian Academy of Sciences, Professor Tiina Karu A researcher at Russian Academy of Sciences, Professor Tiina Karu can be said to be the world’s best scholar in the field of low level laser and LED research field. In 2011, professor Karu received light therapy achievement award from the North American LED light treatment committee. Laser device is a professional field where one must be educated to use it safely. However, LED light treatment technology can be used to cure a wider range of diseases and it is easy to use it at home or for personal use. For low level laser (LED) color LED machine, spectrum per LED wavelength is crucial. Wavelength is measured in nanometer (nm), visible ray spectrum is subdivided into 4 colors, and ranges between 380nm (violet) to 750nm (red). Outside of violet visible ray is UV-ray, which is under 380nm Beyond red visible ray is infrared ray, which is 750nm. These two wavelengths are unseen to human eyes. Infrared ray is subdivided into near-infrared ray and far-infrared ray, and near-infrared ray is commonly used for treatment purpose since has the advantage of permeating deep into skin tissue. Originally LED was not designed for treatment purposes, but rather designed for industrial purpose. Until today, researchers have been using industrially designed LED for medical research purposes. However, according to common report of research protocol, each nanometers of LED spectrum is not all effective in treatment, thus very specific and accurate spectrum with high treatment efficacy must be used. According to research, red spectrum is from 610nm to 750nm, near-infrared ray is from 780nm to 1100nm. A highly effective spectrum exists within those ranges. However, from those spectra, there are spectrum that barely has treatment effect. Depending on amount of light and time of use, side effect may even follow in some spectra. It is reported that rather than a single color or wavelength, using highly effective spectrum, application of spectrum based on body parts and disease, and using effective amount of light are extremely important. It is still a field where more exquisite research is required. About depth of light penetration… There is a various range of amount of light permeating in to human body. 620nm~750nm visible ray spectrum permeates deeper than the blue and green visible ray spectrum. NASA reported that near-infrared ray of 940nm can permeate skin up to 23cm. The depth of penetration has a close relationship to treatment effect. To permeate deeply into the body, it will be useful to understand how acupuncture points of acupuncture is related to meridian system. Pankratov research group, a Russian light therapy researcher, discovered that human body’s meridian system causes spasticity. His team found that the light source acts like the following when a certain spectrum of light source is irradiated on the skin: “researchers have felt a strong light signal from a point that is around 10cm behind from the surface the light source was irradiated. Researchers were surprised when they found the location of the light source that has spread under the human skin…”

Doctor Pankratov stated “the most surprising fact is that the “light sensitive part” is identical to the well-known acupuncture point.” Pankratov concluded like the following: “when certain part of the body is exposed to visible ray and near-infrared ray, light can move a distant path long the meridian system… our body, like the optical fiber system, holds a ‘light distribution system’”

Proof that LLLT (Low Level Laser Therapy) causes cure LLLT supports the body’s cell regeneration, and this reaction lasts for a certain amount of time even after the light has been removed. According to Tiina Karu’s research in Russia, the proof that this light source enhances metabolism is supported by the biological and chemical metabolic pathway where ATP is produced by each mitochondrion due to light absorbing enzyme. Metabolism is a very important process to health, telling us the vast range of effective cure, and above three cure process begins within the cell. Cytochrome C Oxidase enzyme Once visible ray and near-infrared ray of certain wavelength spectrum is illuminated on tissue cell, cytochrome C oxidase, an absorbing enzyme of mitochondria, strongly absorbs to increase the electron transportation which increases the ATP synthesis that is needed for cure energy… Within the cell, mitochondria is the part that it uses oxygen, light, and nutrients, turning them into energy. ATP Increase of cytochrome C oxidase produces more ATP (Adenosine-tri-phosphate). Having more ARP indicates that the body has ample energy. The more energy that the body has, the faster and easier the cure, and immunity balance is maintained. Dr. Whelan’s study about ATP is funded by NASA and the core of the study is like the following: “near-infrared ray is perfect to increase the cell’s energy. It provides energy to tissues and accelerates cure.” Tiina Karu also emphasizes the importance of ATP, saying, “ATP is a signaling molecule that not only creates energy within the cell but also helps signaling between cell and tissues in the body.” DNA Cellular growth and death is decided by DNA. In each cell, there is a program that dictates the signalling of the cells. Doctor Whelan explains how certain wavelength spectrum of visible ray and near-infrared ray applies to cell and DNA. In the DNA synthesis of α-fiber cell and muscle cell, red color of visible ray and two spectra of near-infrared ray were used, which increased muscle cell synthesis by 5 times.” 참고 문헌 LLLT (Low Level Laser Therapy) Nogier Frequencies Color Therapy